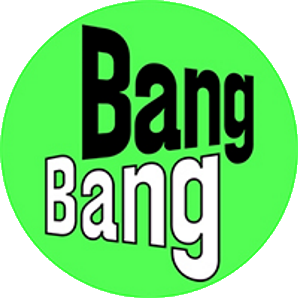 Chris Regn & Andrea Saemann: «Let‘s Consider Burma» The invitation to Kazimierz Dolny caught us up in our fascination for artist colonies.We wanted to connect our projections on Kazimierz Dolny in Poland with the history of Monte Veritá in Italian-speaking Switzerland. Crossmapping and translocal performance histories formed the starting points of our approach. In the middle of the forest slope, at the moment of the setting sun, we presented in a first part a re-enactment of photographs from the dance movement of the turn of the century, solos and duos.A nude dance interlude celebrated the will to connect with nature.A song performed together about the intentions and possibilities of summer gatherings in artist colonies spoke about the forest of Fontainebleau and the hill in Ascona. «Let‘s Consider Burma» explains the tools of crossmapping and the translocal view of hi:stories. After all, Burma had one of the most progressive legislations at the beginning of the 19th century in terms of voting rights for women and became a role model and argument in the fight for women‘s suffrage in Switzerland.
Additional
Let‘s Consider Burma Songtext by Chris Regn & Andrea Saemann (Refrain) Lets consider Burma And the Monte Verità Lets consider Burma And the Monte Verità Kazimierz and Hellerau Zakopane Schreiberhau Let’s go go go for it (1) Life, you‘re my model and you look so good Lets go plein air inspired by the lighting mood When artists put the landscape in the middle of their art They could safe the woods near Paris very smart This happened long ago in the woods of Fontainebleau Barbizon the artist colony made the woods a monument The forest was named blue fountain – Fontainebleau It was a wild and crazy place to go They made the woods a monument (2) Laban wanted individuals and the landscape to appear To be collective without disappearing in fear They practiced togetherness and movements in choirs Light and people of MonteVerità inspired The Place was full of excentrity and healing Empowerment, equality in rights and feeling Atmospheric Spa The hill was named true mountain – Monte Verità It was a school for life, an utopian spa Vegetarian free love (3) Swiss women mentioned Burma Citing their equality law Taking it as a helping straw To change in the end the Swiss law When we find something abroad we can build translocals Bring it home and place it there to invent new vocals A necessary proof to find a voice, a handshake Somewhere else‘s realities as a hint for good sake To meet in summer for collective atmospheric strength Build structures to give artistis some breath, range and length Bring lights in the park Bright nights in the park